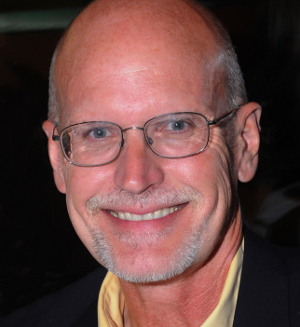 “Creativity exists well within structure.  I thrive by having limitations to work within.” Pat Rawlings concluded his TEDxNASA presentation with those words.

It is hard to imagine a better definition of the process of creating science fiction or of working with a team of scientists and engineers who are attempting to create,visualize and obtain funding for future space missions.  Missions involving places and hardware that may be nothing more than a set of technical specifications, an engineering drawing or two or a handful of remotely obtained images.

For more than 30 years Pat Rawlings has worked for NASA and private aerospace companies to illustrate technically accurate aerospace hardware, mission profiles and their targets, be they Mars, the asteroids or imaginary spacecraft that we all hope will one day come to exist.

Pat has clearly defined his own mission and, if his lengthy list of awards, nominations and continued assignments are any indication, has more than adequately accomplished it:

“In order to suspend disbelief and really pull the viewer into the experience every rock, cloud and human expression needs to be a true as the kapton, actuators, and radiators on the spacecraft. I want to create snapshots of the future”

Pat strives to create an emotional moment, depicting not only a place or a piece of equipment but also providing a human element that draws the viewer in, giving them the opportunity to share in the experience.  He also tries to create a single image that evokes an entire narrative.  An article on Pat’s work appearing on Fastcocreate.com  describes his job as being the story boarder for NASA.  The article correctly describes obtaining funding for NASA missions as a very difficult task, one that makes it imperative that you create real excitement on the part of those you’re pitching to.

“To help convince these people they want to buy what my client is selling, my job is to become a visual storyteller. If you look through my artwork, I try as much as possible to make the pictures look like they’re one climactic part out of a movie.”

Pat works closely with engineers, astronomers and others in the aerospace fields while researching his projects, frequently turning problems into elegant, human-oriented solutions.  One such impressive example involved an illustration of the Mars Pathfinder Mission during its landing sequence.  Pat learned that the landing would be taking 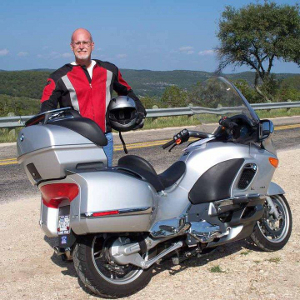 place at 3 am (Mars local), a landing in utter darkness.  Looking for some source of illumination (that wouldn’t violate reality) he discussed the landing sequence with on of Pathfinder’s Flight Engineers and discovered that the solid rocket retros would provide enough illumination – a campfire-like light – for the illustration.

Pat is currently the Art Director for Eagle Applied Science, an aerospace firm, where he is responsible for producing technically accurate or thematic concept art. Perhaps he receives some of his inspiration while riding a wide open spaceship to work!

A train of similar vehicles accompanied by robotic explorers on the Lunar surface.

An emergency medical team attends to a broken bone on the Moon.

A rendezvous in Lunar orbit by Earthlight.  (Pat was told by one of the Apollo astronauts that Earthlight was so bright they could have landed the LEM using it.)

Pat demonstrates that he can illustrate in comic book style.

A dust storm on the Martian surface.  Pat admits that there’s a little Bonestell in everything he does.

A human explorer visits one of his robotic predecessors.  Note how well Pat conveys the awkwardness of working in a pressure suit.

A moment of discovery – the first evidence of life on another planet.  This particular image clearly demonstrates Pat’s goals of telling a story in a single frame and of injecting his speculative visions with the human element.

A weather probe floating above a hurricane at Saturn’s south pole.

A vehicle beginning its fiery re-entry.

You can learn more about Pat and see even more of his fantastic art on these websites: