Most writers who publish in the science fiction field stay within the usual parameters of the field, continuing their careers writing what no one would doubt as standard science fiction. Isaac Asimov, Theodore Sturgeon, Arthur C. Clarke, Robert A. Heinlein to name but four, wrote and published their works as science fiction, with the occasional foray into the fantastic–but not outright fantasy. Heinlein did write Glory Road which was science fiction using fantasy tropes that no one would mistake for aspects of a regular fantasy novel. That is to say, Heinlein’s Glory Road isn’t at all like one of Robert Jordan’s epic fantasies nor does it resemble the Arthurian fantasy of Marion Zimmer Bradley’s classic (and truly excellent novel),  The Mists of Avalon.

That said, some writers who might have started off in science fiction soon reveal their true selves when they start publishing what they really want to write about. The writers mentioned below publish their stories as science fiction (or as in one case, science fantasy), but the novels they write are clearly and unmistakably not science fiction but something else. (And nowhere else does the phrase caveat emptor truly apply!)

The first series that comes to mind is Gene Wolfe’s series The Book of the New Sun, the four novels of which were  originally published from 1980-1983. These were published to great acclaim as “science fantasy”, but having just finished a reread of the entire series, I can tell you that these books–masterpieces as everyone seems to think they are–are actually medieval/Arthurian fantasies. In fact, there is virtually no real “science fiction” in these books other than various tropes (ancient, dying sun, some artifacts found in the ground, an old space ship rusting on the horizon, etc.), especially the kind that gives a real sense that the characters’ actions are based on anything lived in a world of a gone moon, an ageing sun, and no volcanoes or mountain-building–all of which in the real world would have spelled doom for surface life long before the novels take place. Severian’s actions are those of a young man on a rite of passage as an apprentice Torturer. (Let’s set aside the morality of investing our interest in a character who tortures people. Remember, the violence in Wolfe is partially influenced by the overt violence in the early 1980s of Orson Scott Card. Card’s touch is everywhere in these books.) Still, Severian’s travels and adventures and storytelling (Book Two has a long fairy tale inserted in the middle of the novel that goes absolutely nowhere and adds nothing to the novel) are straight out of a YA rite-of-passage fantasy. There are ogres, monsters, ghosts, spells of all kinds–and sorcerers who tap into the “magic” of the past which is supposed to be remnants of ancient technologies. Wolfe, though, never fully uses the ancient past in his novel. We’re supposed to accept tacitly the vast antiquity that precedes this novel, but I really wanted to see it. As such, I was never once convinced that I was reading science fiction in these books. These are fantasies. The earth does not wobble on its axis (as it would if the moon were gone) and without vulcanism and tectonic plate induction in the ocean, carbon dioxide would not be removed from the atmosphere and recycled into the mantle where it can stay out of the atmosphere and not smother life. These things don’t matter to the fantasist. They didn’t matter to Wolfe. 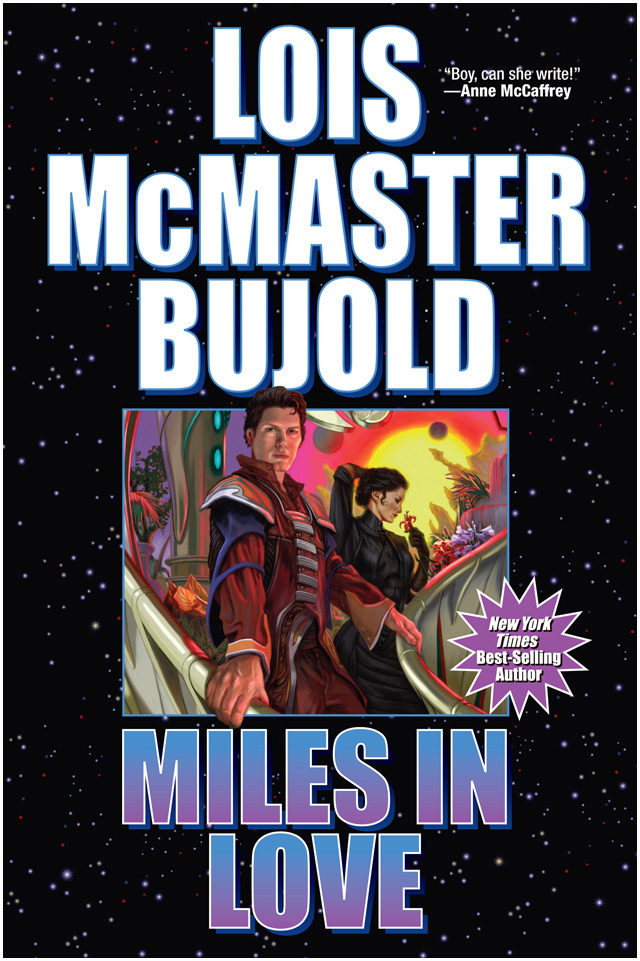 Another writer well-praised (from every corner) is Lois McMaster Bujold. Her great work is the Miles Vorkosigan series. These are supposed to be military science fiction stories, but they are really at their core Romance novels. At first, they were military science fiction novels of a higher order than most. But the romance elements creep in very early on. Bujold tips her hand in the eloquence of her language (normally a good thing) and the attention to detail that only women would find attractive: balls, courts, military dress, palace intrigues, gossiping, and whispering in the corridors. All of this is right out of Alexander Dumas. True, these intrigues and flourishes do happen in the real world (or they used to), but Bujold, over time with novels such as Miles in Love and Cordelia’s Honor, you can see that Bujold is a closet romance writer. Not that this is a bad thing, but some of us aren’t that interested in romance. For me, personally, it takes much of the dramatic urgency out of a story if the hero is already married or if during a skirmish comes back to canoodle or wine or dine with his beloved before rushing back to the fray.

Sharon Lee and Steve Miller’s novels in their Liaden Universe® (from Baen Books) are also romance writers. Like the Vorkosigan novels, they begin as space adventures in the military science fiction genre, but their latest installments are romances only barely disguised with science fiction tropes and conceits. Lee’s and Miller’s stories in this series are carefully written, but I’d call them science fiction-lite because there really isn’t much tension in these stories. It’s as if, now that they’ve found their niche and their considerable audience, they want to play it safe. True, science fiction as a whole is indeed part of Romance Literature (if we go all the way back to the 18th century when novels were invented in England, with the Gothic novel leading the way), but some writers, by dint of their nature, turn to romance or the western or whatever. I’ve read several of the books in the Liaden Universe® and to me they are romances in disguise–with the couple coming together with a calm sense of inevitability rather than one preceded by blood, sweat, tears and some sort of significant loss. True, no science fiction or fantasy writer has the courage to end a novel the way Hemingway does in A Farewell to Arms, but then ours is an escapist genre. Which is also why we don’t have a Hemingway or Faulkner in our midst–but that’s another story.

Let me just say finally, that the most disappointing development in recent science fiction is the way in which many steampunk writers are now shifting over to writing about zombies. Because I am as interested in zombies as much as I’m interested in eating beets, I really avoid those steampunk novels with zombies in them. True, steampunk is considered a fantasy genre, but the best of what I’ve read in steampunk oscillates between good, extrapolative science fiction (drawn from what the Victorian age might have had to offer by way of science and invention) phrased in a fantasy story-telling mode. I have no interest in reading about zombies, fancy dress balls, smooching warriors, or star-lit dinners on the terrace overlooking a waiting army about to go to war.

Of course, I’ve offended everyone who’s read this far–simply by having an opinion. But this essay has been about truth-in-advertising. I’m too old to put up with indulgences by books claiming to be one thing, but are really something else. I like my science fiction advertised as such, nothing more.