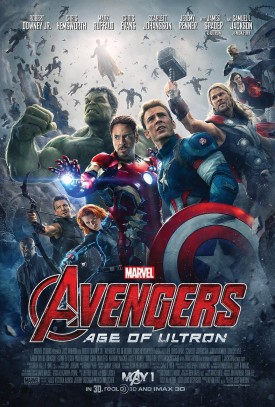 If, like me, you generally include “superhero” films within your definition of what qualifies as science fiction (well, for the most part;  no way we can shoehorn in Classics Illustrated like Ivanhoe or Oliver Twist, but books like Magnus: Robot Fighter or Unknown Worlds of Science Fiction sure fit the bill ) then, despite whatever criticisms may be justifiably leveled at individual properties, you sure can’t complain (too much) that Hollywood isn’t doing its damndest to get you into the theater these days.

If you’re starting to complain about the “glut” (too much of a good thing, right?),well, you might just want to stifle yourself and save the real complaining for sometime in 2020 because you ain’t seen nothing yet!

The next five years are going to see an unprecedented number of superhero and SF-related films the likes of which have never been experienced before in the history of humankind.  Marvel alone has 18 films scheduled, in 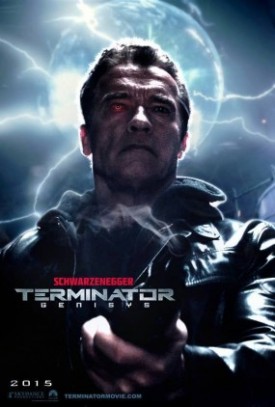 development or planned for;  DC comes in with 11.  Disney isn’t letting their Marvel division carry all the weight either and a host of other studios are vying for slots too.

According to IMDB (and other sources), there are some 630+ films fitting the “sci fi” genre definition scheduled for release, in production or “in development” between now and 2020.

Of course, most of these films will be finding their way to the bargain bin at your local Wal*Mart, or will end up streaming on Netflix, but Holy DVR Batman!  That’s 126 films per year on average.  You’d need to watch one every 2.89 days just to keep up!

When I was much younger, the Walnut Street Theater in Philadelphia used to host an annual 24 hour science fiction film festival;  Philly was easy to get to from my neck of the New Jersey woods (commuter rail) and one fine year I packed myself up a shopping bag full of sandwiches, drinks and snacks, dressed myself 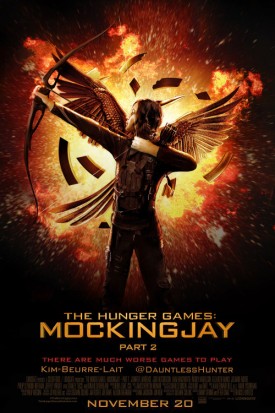 in comfy clothes and headed off for IMMERSION.  Honestly, I sat with my legs crossed tailor-fashion for 16 straight hours of rapt attention:  Barbarella, Seconds, Fantastic Planet, Forbidden Planet, 2001, Planet of the Apes…when I decided I needed to take a bathroom break, I fell flat on my face, as my legs had gone so thoroughly to sleep, I was unaware that they weren’t responding.

I’d not do that again (I’ve learned to stand up and stretch since) but what the studios have planned for us is just about the next best thing – a never-ending deluge of trailer releases, SuperBowl commercials, toy lines and footy PJs with your favorite logo printed on them! 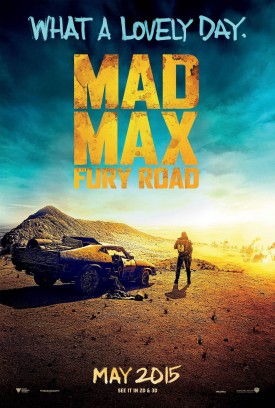 Of those 22, I imagine Avengers, Tomorrowland, Jurassic, Terminator, UNCLE, The Martian and Star Wars may be worth the price of a ticket.  I stress the ‘may’.

But we’re just getting started.  The next five years, at least in terms of genre film, is going to resemble a python that’s just swallowed a rhinoceros, and I’m feeling a bit of  indigestion coming on – probably the same as that snake must be feeling.  The questions are these:  will Hollywood ever relax enough to bring us some really intelligent 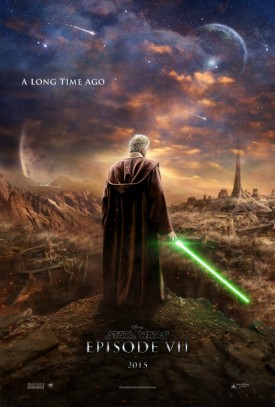 science fiction?  Surely there’s room in the budget and the schedule for 1 or 2 out of 600+?  In other words, will they “respect their audience” and realize that a good portion of it wants MORE than just eye candy and explosions?

Perhaps more importantly:   will Hollywood (and the fans) become victims of their own success?  I mean, you can only watch so many superhero flicks before you find yourself wanting to re-watch Casablanca or Mr. Smith Goes to Washington just to wash your eyeballs.  With films scheduled five years out and fans possibly getting a bit tired of the same old thing – how much tailing off at the box office will the bean counters tolerate before they declare that we’re just not worth investing in any more?  They’ll put a hold on anything that smacks of skiffy at that point, considering the genre to have been mined out – when what we’re (still) waiting for is 2001: A Space Odyssey Part 2, the reboot in an alternate timeline.

How is publishing going to respond?  Are we 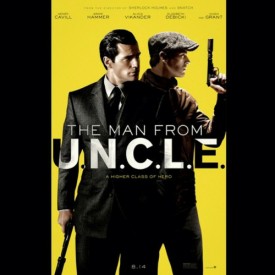 going to see the already minimalist section of the bookstore crowded and overrun with tie-in novels?

Or worse:  will success bring about the inevitable mashup follow-ons like:  T. Rex vs T2; Star Wars: Road  Adventures of the Cantina Band; or Bill & Teds Hot Tub Adventure?

In this week’s viewing: With nothing falling apart at episode 2, painful decisions are made to set our lineup for the rest of the season.

Grabbers must be a really good flick – this is our third independent review of this film!

Expectations of Living in a Science Fiction World

The Worm Has Turned for this Amazing Story

What the Hell Are You Doing In the Bathroom All the Time?